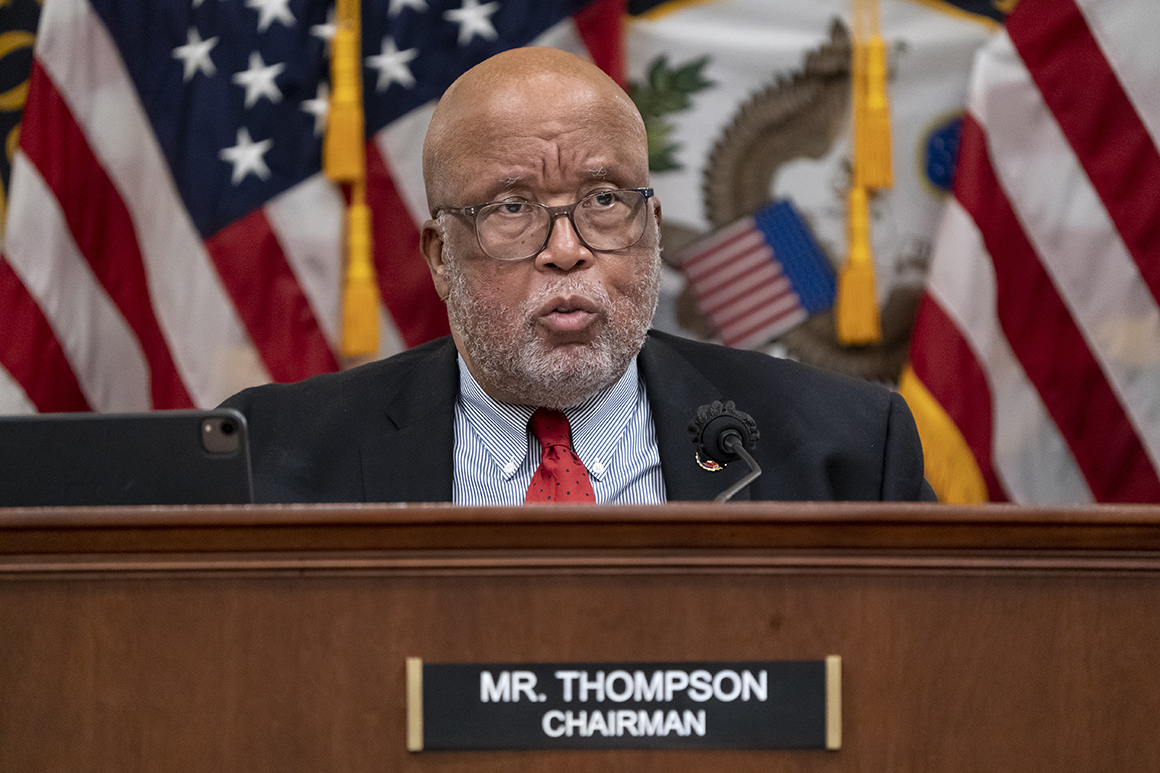 Now, assisted means different things, he said. Some took pictures with people who came to the Stop the Steal rally. Some, you know, allowed them to come and associate in their offices and other things during that whole rally week. So, there’s some participation. We don’t have any real knowledge that I’m aware of of people giving tours. We heard a lot of that, but we’re still, to be honest with you, reviewing a lot of the film that the House administration and others have provided the committee.

Thompson, who said some members of Congress had provided information to his panel, said the committee wanted to hear from Reps. Scott Perry (R-Pa.) and Jim Jordan (R-Ohio) about their activities, though he said it was not clear if his panel would or even could subpoena them.

The Mississippi Democrat said that the committee is trying to learn more about the time that day in which President Donald Trump was in the White House before he released a public statement urging for an end to the attacks on the Capitol.

It’s about 187 minutes, he told Karl. We have now determined he was in the White House. We’ve determined that a number of people made attempts to contact him through his chief of staff.

Thompson added: The president was told, You need to say directly to your people to go home, leave the Capitol. And so it took over 187 minutes to make that simple statement. Something’s wrong with that.

US Justice Department is reportedly poised to sue Google...

MH17 judgment day: Verdicts due against 4 suspects at...

Colonnade Hotel Anniversary and the Future of the MA...

Welsh Water: Hosepipe ban to come into force in...

Anthony Fauci Will Not Listen

Draymond Green came very close to getting ejected from...

Will Smith apologies to Chris Rock for Oscars slap:...

Blinken to travel to the Middle East and North...

Woman Shot After Fight Breaks Out During Wedding Reception:...

China Put a Record Number of Solar Panels on...

Dyson’s new Airwrap fixes one of its predecessor’s biggest...

Democrats Debate Themselves: Why Do We Suck?

MLB odds: Use injuries to your advantage, buy these...

Colts vs Jaguars live stream: how to watch NFL...

Could Will Smith Be Stripped of His Oscar? It’s...

Warriors investor faces backlash for saying ‘nobody cares’ about...

The numbers behind England’s incredible year of Test cricket

Monkeypox detected in first US military service member at...

This Microsoft Edge update could bring some rather unexpected...